TSIRIBIHINA RIVER BY PIROGUE FOR 6 DAYS :

(Best time to do this tsiribihina river is From April till Mid December).

After the morning breakfast, your driver will pick you up from the hotel to visit the highlights around Antsirabe town including precious stone factory where you can learn how they polish the stones. 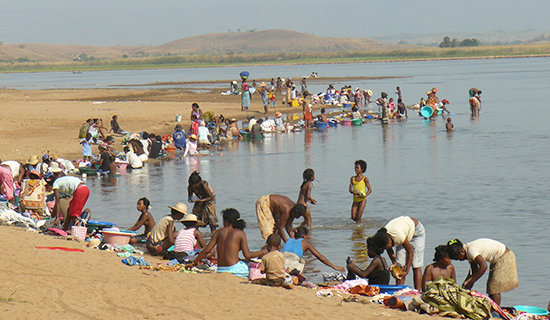 We then visit the natural source of the spring water at the thermal bath and then onto Andrakiba lake. You can have horse ride around Andrakiba Lake (fees is not included) and this is an optional. We then make our way to Miandrivazo for 4 hours with paved road. On the way we pass a waterfall in Betafo village, as we pass through the changing Malagasy countryside. Miandrivazo is only place to organize a trip along the Tsiribihina River to descent the 160 km through the wild landscapes of the far Malagasy West. The river trip lasts for 3 and half days, by pirogue (dugout wooden canoe) or you can choose to pay more and travel instead in a comfortable motor boat that takes 1 day less. 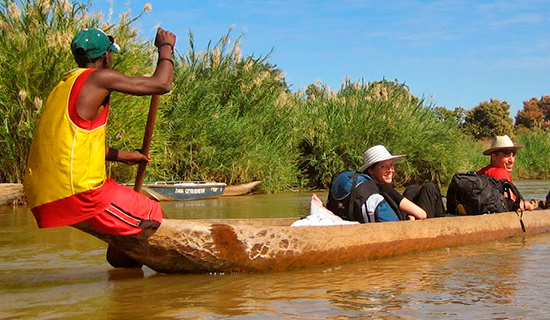 After morning breakfast, take your four wheel drive with driver from the riverbank in tsaraotana village to morondava. 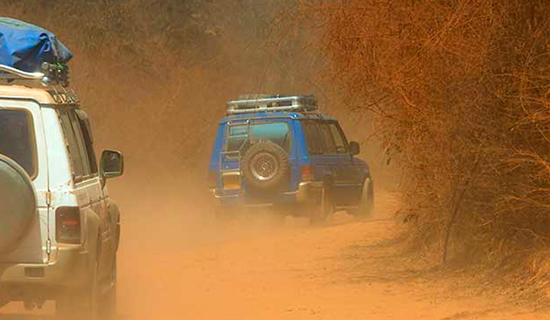 This ride will take about 5 hours with truck road and you will meet the dry forest, chameleon, lemurs on the side of the road along the way. Sure that we can take you to kirindy forest for short visits if you want but the entrance fees is not included at our tour. Pass through baobab in love and stop at the famous Baobab Avenue by the sun set on route. This is the best time of day to see the trees, as their colours change and their long shadows are most pronounced. We arrive at Morondava, where you are free to relax for the rest of the day.

Note : We organize your airport transfer by hotel in morondava where you can take an onward flight to Tana, or simply relax on the beach at Morondava until you are ready to move on. Please note it is strongly advised that you purchase your air tickets before you start the tour, to avoid delays, although arrangements can also be made here. If you want to stay more days on the beach in Morondava and keen on diving or snorkeling, we can organize your stay at belo sur mer or at kimony resort by 4WD .

TOTAL PRICE FOR THE TSIRIBIHINA RIVER BY PIROGUE. 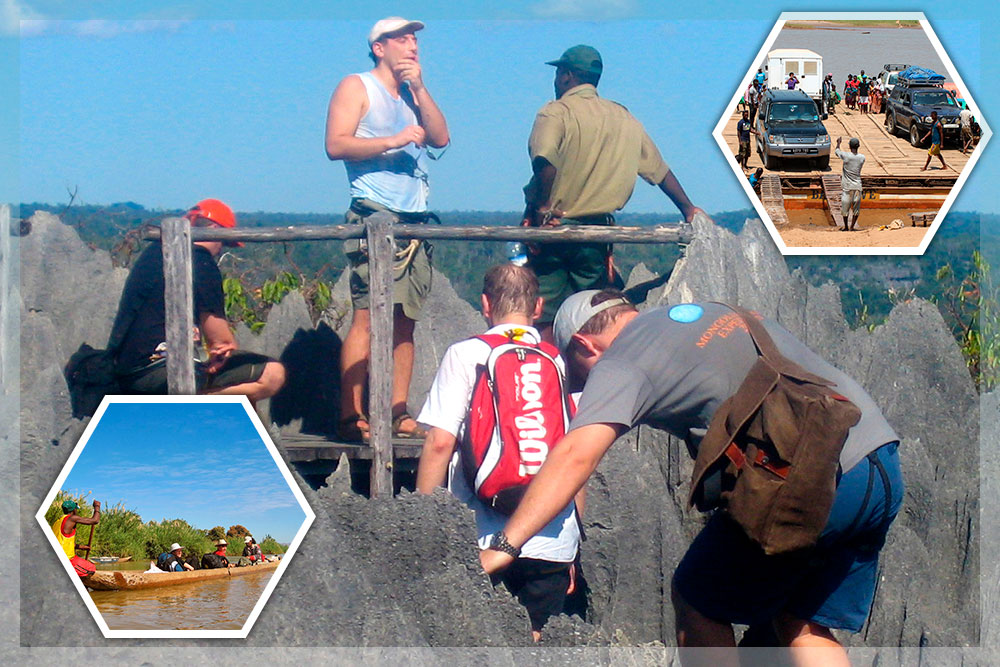 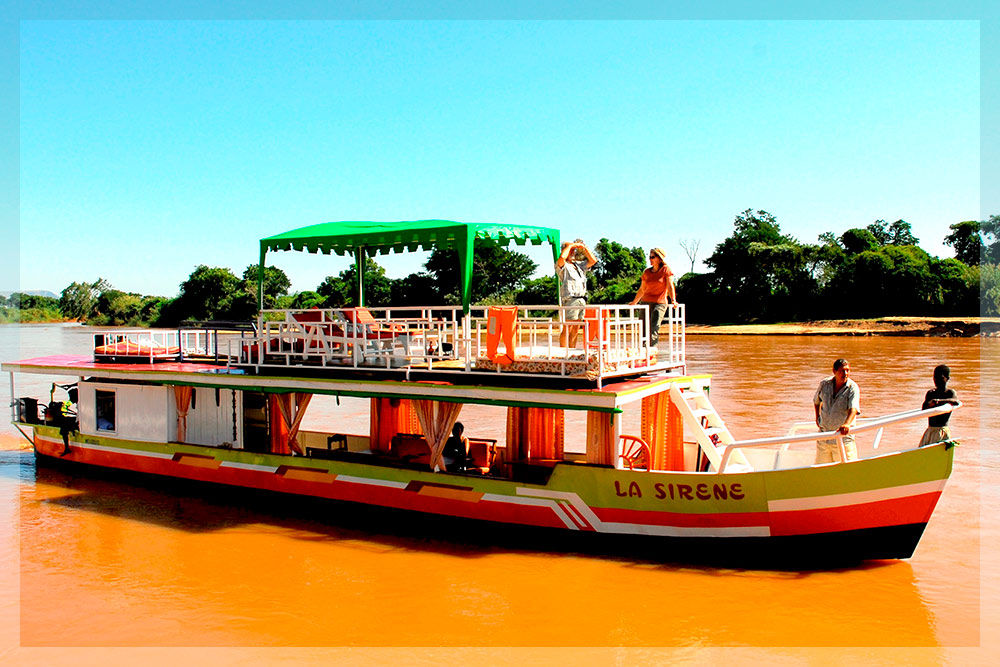